Finals footy, hard contested footy. Lots of tackles hard ball gets, the pressure is on and there’s just nothing like it. The atmosphere of the crowd, the knowing that there might be a next week to go to the footy. Finals footy holds a special place in people’s memories. But just how different are home and away games from finals? 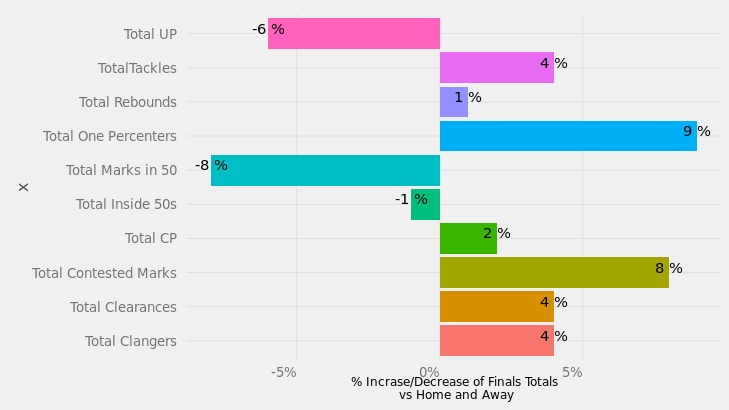 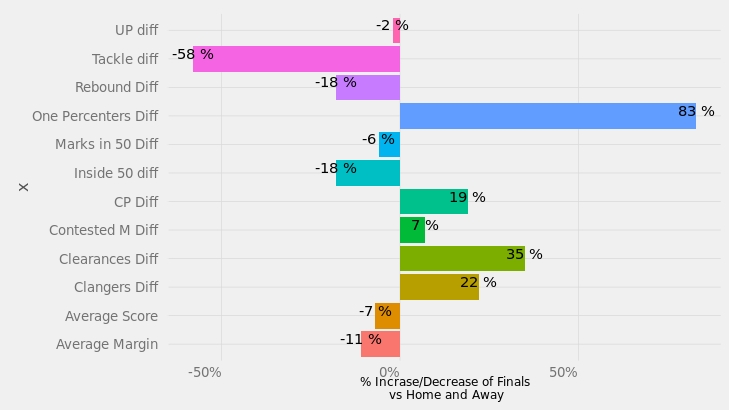 Looking at AFL since 2002 to 2015, we can see some pretty interesting narratives. Games are not only closer on average for finals 32 points vs 36 for the home and away season but they are also lower scoring 86 to 92 on average.

Teams are scoring less, margins are less and this is reflected in the drop in inside 50 differentials (difference in scoring opportunities) by 18%.

Interestingly the tackle differential of the winning team has decreased by 58%, even though we are seeing 4% more tackles being made in these high pressure games.

But what about the coal face, the clearances, contested ball and the one percenters, here we see some pretty interesting things.

All up, this shapes for an incredibly exciting finals series. Can’t wait.